The Tribunal's first quarterly newsletter for 2018 is now available. 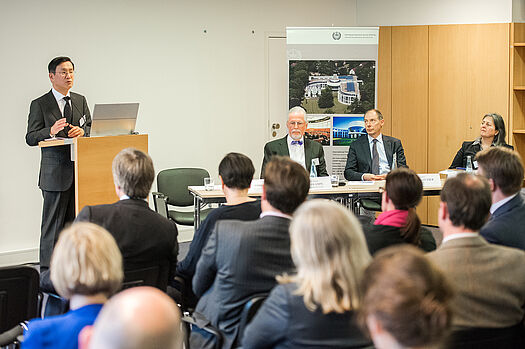 Round Table  for maritime law firms on 'Proceedings available at ITLOS in cases involving the arrest and detention of vessels'. 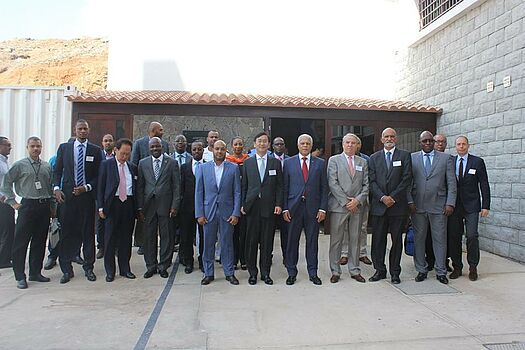 The Tribunal held its 13th regional workshop on “The role of the International Tribunal for the Law of the Sea in the settlement of disputes relating to the law of the sea” on the Island of São Vicente, Cabo Verde on 2 and 3 May 2018. President Paik and Mr José Gonçalves, Minister of Maritime Economy of Cabo Verde, gave a statement at the opening ceremony. Presentations on the dispute settlement mechanism established by the United Nations Convention on the Law of the Sea were given by the President, Judges Jesus and Bouguetaia and Registrar Gautier. The workshop was attended by representatives of nine States (Angola, Benin, Cabo Verde, Democratic Republic of Congo, Côte d‘Ivoire, Guinea (Republic of), São Tome and Principe, Senegal, and Togo) and of the Sub-Regional Fisheries Commission.

The Tribunal's second quarterly newsletter for 2018 is now available. 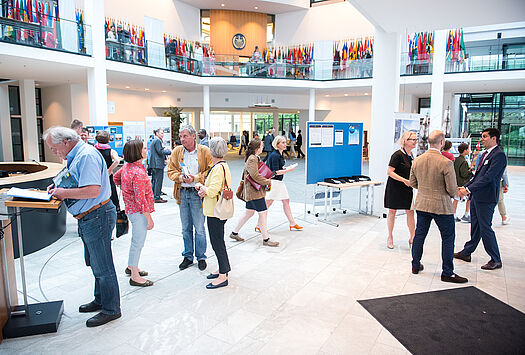 The Tribunal took part in this annual event organized by the Senate of Hamburg, opening its doors to nearly 300 members of the public. 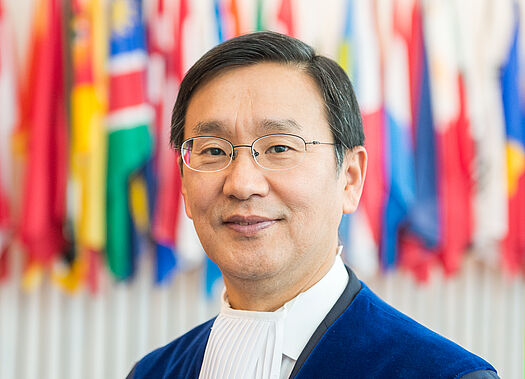 President Paik reports to the Meeting of States Parties

On 11 June 2018, Judge Jin-Hyun Paik, President of the International Tribunal for the Law of the Sea, presented the Tribunal’s annual report for 2017 to the 28th Meeting of States Parties to the United Nations Convention on the Law of the Sea. 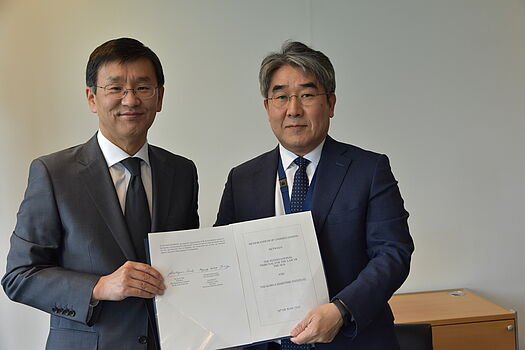 Mr Myung-Saeng Joung, Vice-President of the Korea Maritime Institute, paid a courtesy call on the President, Judge Paik, today, signing an MoU and committing €45,000 to contribute to the Tribunal's internship programme. 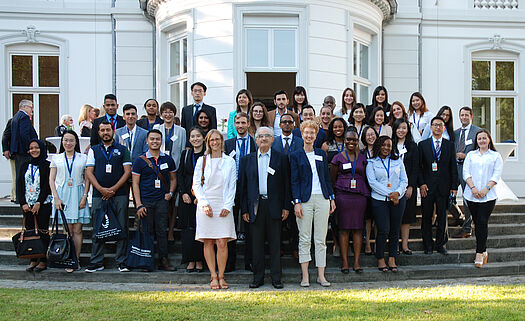 The 12th session of the IFLOS Summer Academy started on 22 July 2018 at the Tribunal. 41 participants from 30 States will follow four weeks of law of the sea and maritime law lectures and workshops. 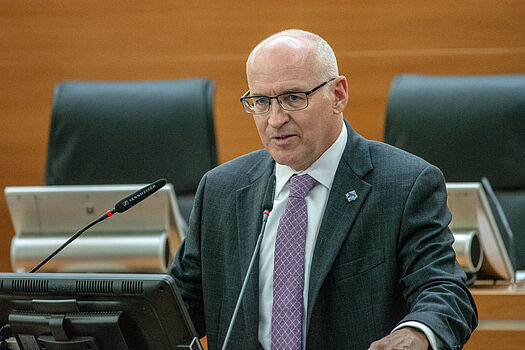 IMO Director of Legal and External Affairs speaks at the Tribunal

The Tribunal's third quarterly newsletter for 2018 is now available.

President Jin-Hyun Paik welcomed Mr Kitack Lim, Secretary-General of the International Maritime Organization, to the Tribunal today, inviting him to sign the Tribunal’s guest book and accompanying him on a tour of the building. 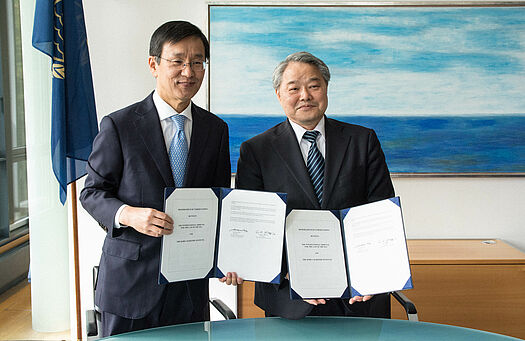 President Paik and Mr Changho Yang, President of the Korea Maritime Institute, signed an MoU today contributing KMI funds to the ITLOS Trust Fund for the Law of the Sea, supporting the organization of the next ITLOS regional workshop. 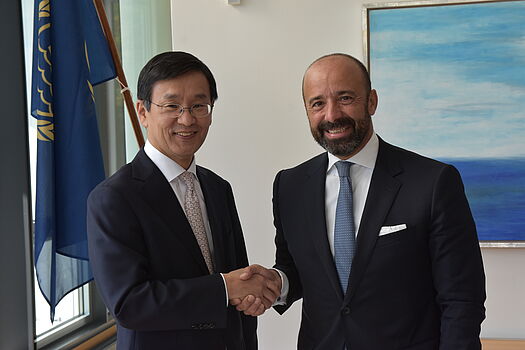 President Paik welcomed Under-Secretary-General for Legal Affairs and Legal Counsel of the United Nations, Mr Miguel de Serpa Soares, to the International Tribunal for the Law of the Sea on 18 September 2018. 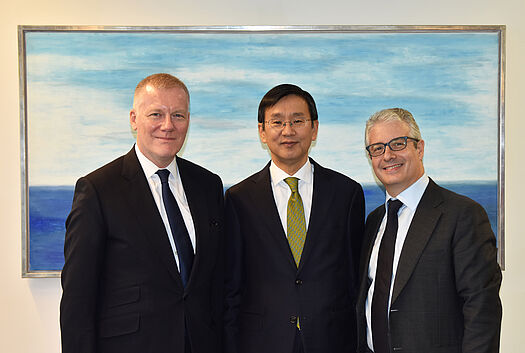 President Paik and the members of the Tribunal met with Secretary General Michael Lodge and Legal Counsel Alfonso Ascencio-Herrera today. 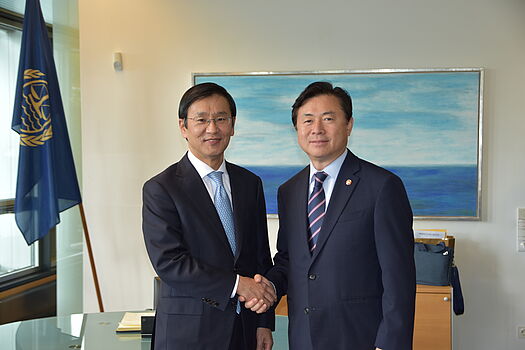 The Tribunal's fourth quarterly newsletter for 2018 is now available. 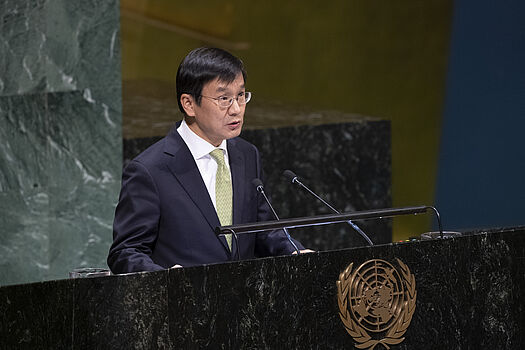 President Paik spoke on Agenda item 78 (a) at the plenary of the seventy-third session of the United Nations General Assembly.

A webcast of the statement may be viewed on UN Web TV. Go to General Assembly 73rd Session - 50th meeting (continued) at 32:00. 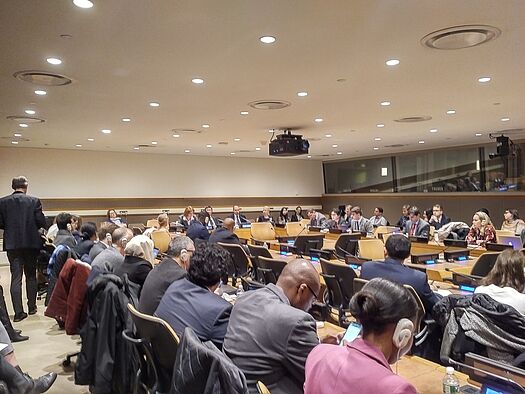 Briefing on the Settlement of Disputes by ITLOS

President Paik and Registrar Gautier gave a well-attended ‘Briefing on the Settlement of Disputes by ITLOS’ to representatives of the Permanent Missions at UN headquarters on 13 December 2018. After words of welcome from the Director of the Division for Ocean Affairs and the Law of the Sea, Ms Gabriele Goettsche-Wanli, the President spoke on The experience of the Tribunal in dealing with law of the sea disputes and the Registrar presented the topic Institution of proceedings and conduct of a case. Information on Applications for financial assistance from the ITLOS Trust Fund for expenses incurred in connection with cases before the Tribunal was provided by Ms Amanda Stoltz, Associate Legal Officer, DOALOS.